“Once you enter those accursed lands of Carpathia and Transylvania, much of what you believe to be true is lost in their chilling mists and forbidding mountains. That which on the streets of Vienna or Warsaw would seem unbelievable and the product of madness is the stuff of daily life there.”

The talents and powers listed in this new instalment are specific to games played using the IHMN Gothic rules. Some are both powerful and unsettling. It is considered a courtesy to agree with your opponent if you wish to use them in a normal IHMN setting or game. 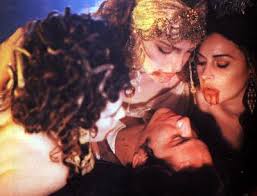 You may also wish to consider the nature of the company and figures that you assign these talents to. It may not be appropriate for those of good heart to use the many darker talents and powers. Some are also specific to certain creature types such as Vampires and Werewolves.
Note that these have been written after the Gothic Companies were published. When the full version of IHMN Gothic is brought together some may be made as options or requirements for certain companies and individual figures. Until then please use common sense.